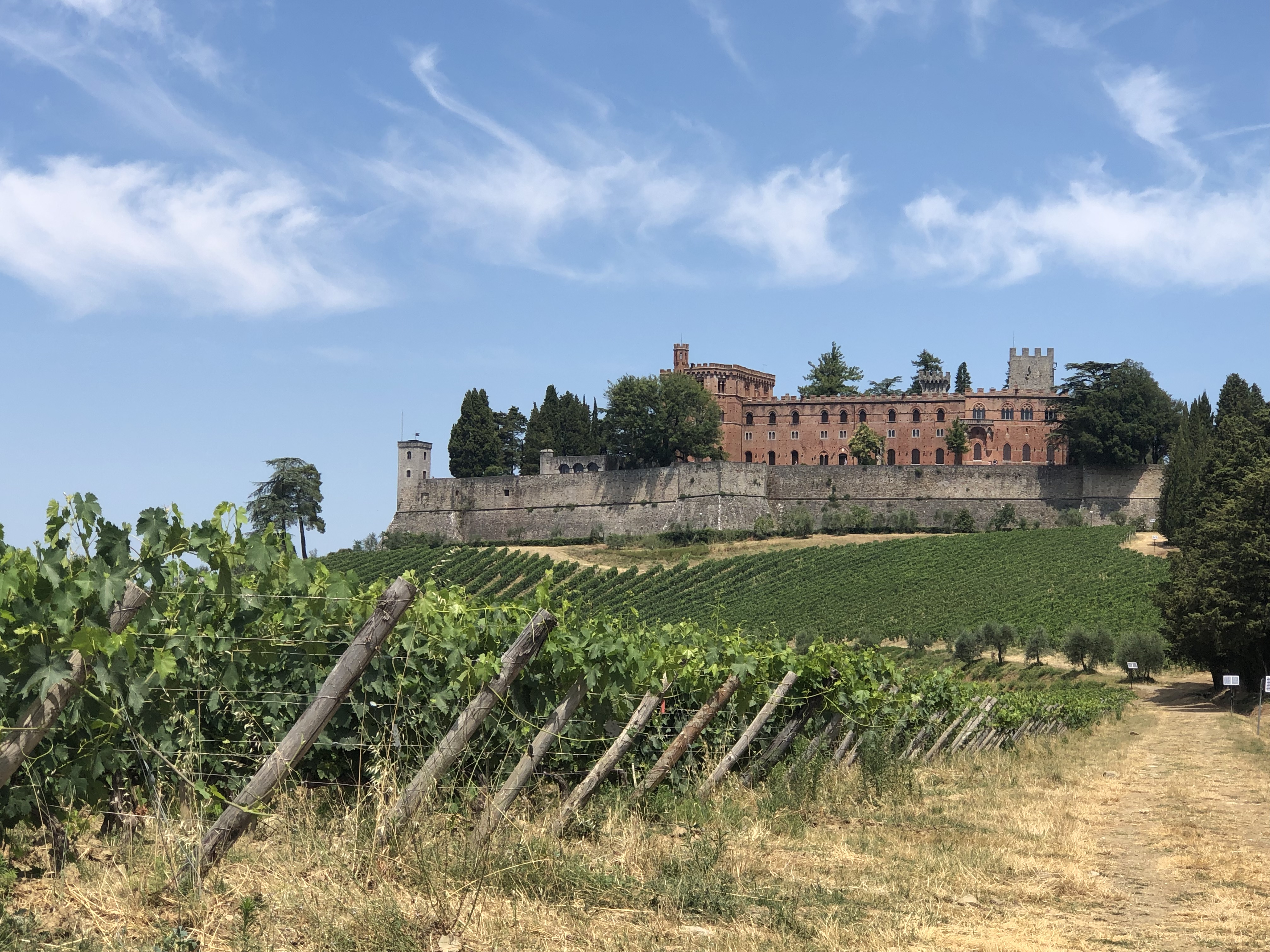 For some, being on vacation means a frenetic itinerary but for others, it can only be described as a moment of … getting away from it all. Making time to do things like trekking Tuscany through the hills of Chianti. Elena Nappa grasped this concept immediately when she set eyes upon what is now Borgo Argenina, family-run vacation villas and B&B, located just outside the ancient walls of Siena.

She saw it as a Chianti paradise and visualized it to be the type of place that would naturally attract guests who wanted to hear the crickets and the birds chatter in the morning and feel the wind as it caressed the low-lying hills.

By now, after over 30 years of hosting guests from all over the world, Elena recognizes the signs.  They arrive with an itinerary of sites, towns, tours, museums, and activities – their to-do list is …. challenging, to put it nicely.

With her disarming and elegantly simple charm, she invites them to slow down and inhale. First the refreshing country air, then the Italian lifestyle, and then – only when they have truly begun to relax – does she invite them into the culture by suggesting cooking classes and morning hikes.

A strong advocate for getting in touch with what makes this area so special, Elena has created her own Tuscany Trek – no car or preparation needed!  Just time; time to wander the typical Tuscan white roads, snap a few photos and inhale the landscape filled with soft hills, medieval churches, and vineyards.

And if you want, time to enjoy a leisurely lunch at one of the most incredible castles in all of Siena.

A Land Between Florence & Siena

Living on the edge, Borgo Argenina finds itself caught in a territory which was coveted by both the people of Florence and those of Siena. However, Elena is most emphatic this is the Chianti of Siena and, to be sure, some of the most beautiful landscapes of Siena.  She invites you to take an adventure walking by the Torricella, a house where Galileo Galilei once lived, and the breathtaking stone farmhouse where Bertolucci shot ‘Stealing Beauty’ she also invites you to explore the history that has created this scenery.

Firenze and Siena. Their eternal (because it still exists) rivalry shaped a landscape that still lives and breathes today.  Two very powerful, and bellicose, cities perched to take over the world – at least the world as they knew it. Building castles, like that of Lucignano dating back to IIX AD, spreading their religion through places of worship like the Nebbiano Church with its beautiful porch, defending their lands with fortresses and engaging in sieges and forays into each other’s borders.

The History of a Dynasty

The Ricasoli family appeared among the feudal noble dignitaries in the court of Emperor Charlemagne (c. 747 – c. 814)!  That alone is pretty amazing, especially when you find out there is still a Ricasoli at the helm of the internationally known vineyards.  But wait we are jumping ahead, let’s talk about the Brolio Castle which has survived attacks, fire, war and the test of time since the end of the 11th century.

When my guests arrive, I always tell of the incredible story of the Ricasoli dynasty. The first Baron arrived here more than 1000 years ago and became the master of the whole Chianti area.

When the Renaissance broke out in Italy, Chianti remained in the Middle Ages because the constant presence of a Baron had prevented the transformation of the territory. Things began to change in the late 1800s with Bettino Ricasoli, the author of the original Chianti wine recipe and a force to be reckoned with.

The Ricasoli website has just recently put together a step by step blog post to visiting the wonders of the Castle but when they say “A picture is worth a thousand words… “ I believe they were talking about this photo by Elena and her daughter Flo. July 2019.

Elena has it all Mapped Out

Your hostess will be delighted to introduce you to all the wonderful things that you can do, tour and visit while in Chianti.  However, she will be the first to suggest, at least one day, where you let Chianti showoff – no car, no internet, no interruptions… just you and Chianti, a classic back road and hundreds of photo opportunities.

As you follow the 2-hour trail that Elena has mapped out, you will note, by a miracle, this vast area is well-preserved.  She has it all planned, so if you set off after breakfast at about 10:00, you should reach Brolio Castle just in time to visit Barone Ricasoli’s winery and have lunch at the Castle’s restaurant.